The Demon Inside
by Gus G.

Between Heaven & Hell
by Gus G. 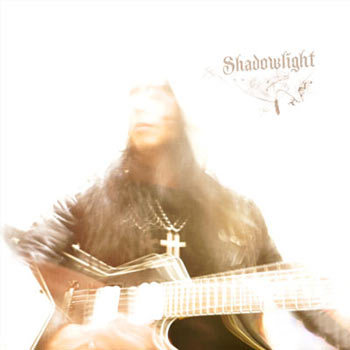 
Receive updates and exclusive information on
upcoming releases from Gus G. when you sign up below.


The stage name "Gus G." has two sources of origin. "Gus" is a common Greek American English translation of the name "Kostas," and "G" was a nickname given to him by a friend during his time living in the US.

At the age of 18 he left Greece to enroll in the Berklee College of Music, but left after only a few weeks and began working on making a name on the metal scene. During his brief time at Berklee Gus came into contact with Joe Stump, who he credits as a great influence on his career.[2] In 1998, Gus G. decided to record a demo with some close musician friends in the United States. The project was entitled Firewind, and was used as a showcase for Gus's guitar skills in an attempt to earn a professional recording deal. The demo attracted the attention of Leviathan Records, but activity was put on hold when Gus was hired by Nightrage, Dream Evil, and Mystic Prophecy. After the release of these bands' debut albums, Gus's attention returned to his band, Firewind. The band has released seven studio albums to date and has gone through many lineup changes. Gus G. was declared third of the three best guitar players all over the world in 2003 by the Japanese magazine BURRN!.